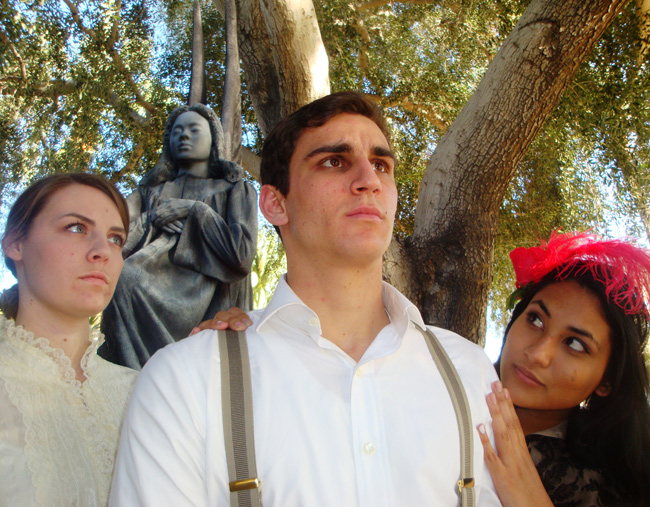 Palm Desert, CA) – The College of the Desert Theatre Arts department celebrates the 100th birthday of legendary American playwright, Tennessee Williams, with the production of his soulful classic drama, Summer and Smoke.

The play (set in Glorious Hill, Mississippi, at the turn of century) focuses on a high-strung, unmarried minister’s daughter, Alma Winemiller, and the sexually “spiritual” romance that nearly blossoms between her and a wild, undisciplined young doctor (John Buchanan, Jr.) who grew up next door.  The theme of the play, however, is more complex than “sexual repression versus indulgence”.  According to Williams himself, Summer and Smoke paints a reflective portrait of “beleaguered souls trying to find their way toward the light; which could not only illuminate, but also blind and destroy.”  As with all of Williams’ works, his own life story is brought to life through the words and actions of the characters.  Famed Hollywood director Elia Kazan (who directed many of Williams’ greatest successes) said, “Everything in his life is in his plays, and everything in his plays is in his life.”

“Summer and Smoke is one of my favorite works by Tennessee Williams,” says C.O.D. instructor and play director, Fergus Currie.  “In the canon of his master works, this play often gets overlooked; mainly due to the success of a little play he wrote called A Streetcar Named Desire. This is a very ambitious play to produce at the college level.  The subject matter delves deeply into the origins of human feelings and motivations.  It’s a lot for an actor (and director) to sink their teeth into at any level.  Our student cast here at C.O.D. is outstanding and our ability to effectively produce this work is a testament to the growth of our department.”

For ticket information and reservations, please call 760-773-2565.  Tickets are also available at the College of the Desert Bookstore and on-line at www.ticketleap.com.

Location: The Pollock Theater (on the campus of College of the Desert)