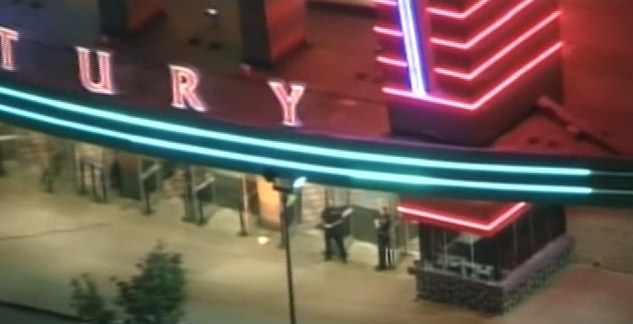 At least 12-15 people have been killed and 38-50 wounded after a masked gunman shot moviegoers at the latest ‘Batman’ premiere in Colorado. The attack is the worst in the state’s history since the infamous Columbine High School massacre in 1999.

The theater in the Colorado city of Aurora in the Denver Metro area was packed with a lot of people, many of them young fans, at the time the shooting started, 9news reports. The violence erupted some 15 minutes after the movie began, witnesses said.

Many moviegoers had dressed up to attend the premiere of the latest Batman film. The gunman, who would have stood out in other circumstances, may have managed not to attract attention before he launched his attack.

Police say that the assailant approached the theatre from the back, and initially opened a chemical gas canister. Witnesses recounted hearing a hissing sound and smoke.

The shooting started while a gunfight was underway onscreen. Some people said that when they first heard the gunfire, they thought it was some kind of promotional trick or a special effect.

Witnesses reported seeing a tall, gun-wielding man clad in body armor and wearing a gas mask in the theatre. The assailant attempted to block the exits to trap the moviegoers inside. Some said the gunman managed to empty at least two clips.

At least 15 dead, including children

Aurora police said that 12 people died in the horrific attack, and the bodies of 10 victims are still inside the theatre. The youngest victim is believed to be just 12 years old.

In a tragic twist of fate, one of the victims of this rampage was aspiring sportscaster Jessica Ghawi – who survived the Eaton Centre shooting in Toronto just one month ago. In a moving blog post she wrote a few weeks ago, Jessica spoke about that day, saying she ” saw the terror on bystanders’ faces.”

“I saw the victims of a senseless crime. I saw lives change. I was reminded that we don’t know when or where our time on Earth will end. When or where we will breathe our last breath,” the journalist wrote.

Her brother Jordan confirmed her death to reporters as he was catching a flight from her native San Antonio, Texas to Denver.

He took to Twitter to say “‘This could easily be the worst night of my life. It appears that my sister has been fatally wounded in a mass shooting at a movie premiere in Denver, CO.”

Jessica was attending the premiere with a friend, Brent Lowak, who was reportedly shot at least one time and was taken to a nearby hospital.

At least 38 -50 others were admitted to local hospitals, some in critical condition.

An area children’s hospital said the youngest of the six shooting victims brought to them is six years old. Not all of the patients at the hospital are children, however.

Another local hospital is treating a baby as young as three months old who was wounded in the shooting. Some witnesses to the shooting said they saw a baby who had been injured in the theater. The baby’s condition is unknown at this time.

Several victims are being treated for chemical exposure rather than gunshot wounds, medical staff say.