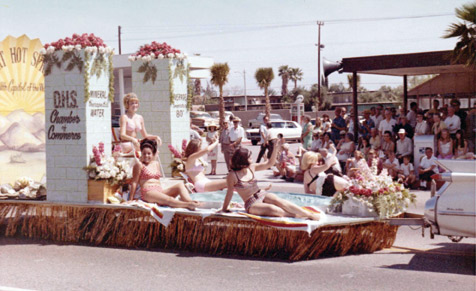 The parade route for this year’s parade is on Palm Drive between Desert View Avenue and Two Bunch Palms Trail.

“This is going to be the biggest, best, most music filled parade we have ever had,” said Joe McKee, this year’s parade chairman. “We expect good weather and an excellent time to be had by all.”