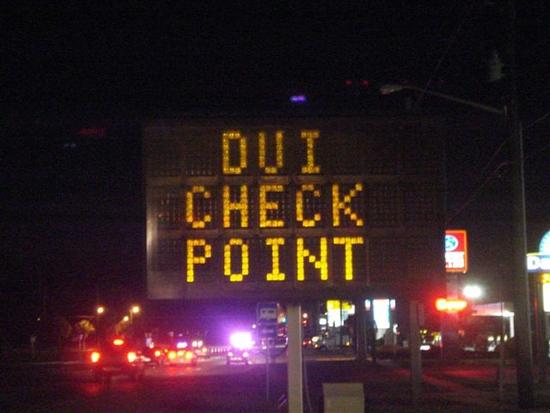 Desert Hot Springs, CA – Desert Hot Springs Police Department will be conducting a DUI/Drivers License Checkpoint on December 21,2012, at an undisclosed location within the city limits between the hours of 8 :00 p.m. to 3 :00 a.m.

The deterrent effect ofDUI checkpoints is a proven resource in reducing the number of persons killed and injured in alcohol or drug involved crashes. Research shows that crashes involving alcohol drop by an average of 20 percent when well-publicized checkpoints are conducted often enough.

Officers will be contacting drivers passing through the checkpoint for signs of alcohol and/or drug impairment. Officers will also check drivers for proper licensing and will strive to delay motorists only momentarily. When possible, specially trained officers will be available to evaluate those suspected of drug-impaired driving. Drivers caught driving impaired can expect jail, license suspension, and insurance increases, as well as fines, fees, DUI classes, other expenses that can exceed $10,000.

In 2010, over 10,000 people were killed nationally in motor vehicle traffic crashes that involved at least one driver or motorcycle rider with a blood alcohol concentration (BAC) of .08% or higher. In California, this deadly crime led to 791 deaths because someone failed to designate a sober driver. “Over the course of the past three years, DUI collisions have claimed one life and resulted in fifty-five injury crashes harming many of our friends and neighbors,” said Sgt. Gus Paiz.

According to the National Highway Traffic Safety Administration (NHTSA), checkpoints have provided the most effective documented results of any of the DUI enforcement strategies, while also yielding considerable cost savings of $6 for every $1 spent. Based on collision statistics and frequency of DUI arrests, DUI Checkpoints are placed in locations that have the greatest opportunity for achieving drunk and drugged driving deterrence. Locations are chosen with safety considerations for the officers and the public.

“DUI Checkpoints have been an essential part of the phenomenal reduction in DUI deaths that we witnessed since 2006 in California,” said Christopher J. Murphy, Director of the Office of Traffic Safety. “But since the tragedy of DUI accounts for nearly one third of traffic fatalities, Desert Hot Springs needs the high visibility enforcement and public awareness that checkpoints provide. ”

Funding for this checkpoint is provided to Desert I-lot Springs Police Department by a grant from the California Office of Traffic Safety, through the National Highway Traffic Safety Administration, reminding everyone to continue to work together to bring an end to these tragedies. If you see a Drunk Driver – Call 9-1-1.