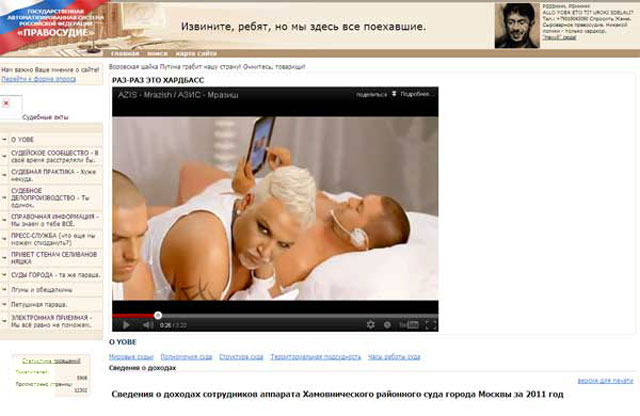 Unidentified hackers broke into the official website of a Moscow court which sentenced three Pussy Riot band members to two years in jail. For some time its front page was defaced with obscenities and video clip of a Bulgarian transvestite singer.

On Tuesday morning, the website of the Khamovnichesky District Court was unavailable for a period, with the only inscription saying it “was under information upload”.

When the site finally became available to users, instead of legal information, it featured a message urging to free the three jailed Pussy Riot members, showed a provocative video clip of controversial Bulgarian transvestite singer Azis, along with some mocking postings.