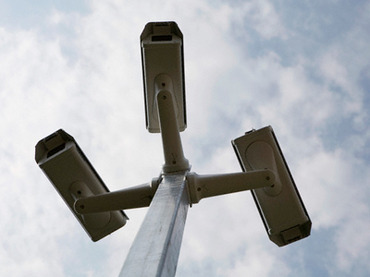 Here’s a predicament: you don’t want the government using high-tech face scanning technology to track every inch of your walk to the post office, but you also don’t want to take a sledgehammer to your neighborhood surveillance camera. What do you do?

Don’t worry, concerned citizen! Big Brother may indeed be watching, but that doesn’t mean you have to make his unwarranted surveillance mission easy to operate.

Although little news has developed as of late in regards to TrapWire, a global surveillance operation that RT blew the cover off of nearly two weeks ago, opposition waged at the world-wide intelligence network is still rampant. Now in one of the newest videos uploaded to the Web to make people aware of TrapWire, a person claiming to be involved with Anonymous is trying to spread a YouTube clip that offers helpful suggestions on how to rage against the machine, properly and peacefully.

Last week, hacktivists proposed several campaigns aimed at eliminating TrapWire feeds by rendering the equipment thought to be linked to the intelligence system completely useless. In lieu of smashing camera lenses and spraying surveillance gear in sudsy liquid, though, a new video, “Anonymous – Fighting TrapWire,” offers instructions on how to prevent the acceleration of the surveillance state by means of passive resistant.

“Many of you have heard the recent stories about TrapWire,” the video begins. “Constant video surveillance is an issue we presently face. However, there are a number of ways that you can combat this surveillance.”