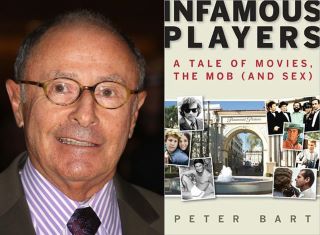 In his 2011 book, “Infamous Players: A Tale of Movies, the Mob (and Sex)”, Peter Bart, Vice President and Editorial Director of Variety, provides an insider’s, behind-the-scenes look at Paramount during the “golden age” of the 70’s, when the studio produced such classics as “The Godfather”, “Rosemary’s Baby”, “Harold and Maude”, “Love Story”, and “Chinatown”.