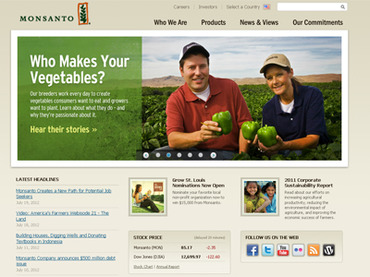 It’s back to court for biotech giants Monsanto. This time America’s largest agriculture corporation is being sued by a group of farmers who say they were promised free housing but instead were charged thousands and poisoned by pesticides.

Seven migrant workers from the state of Texas are suing Monsanto after they say the massive biotech corporation failed to keep their promise. The plaintiffs argue that they were promised free housing and kitchen access for their families in exchange for working on a hybrid corn seed project in the state of Indiana, but instead were milked out of their money and exposed to dangerous chemicals.

Jose Cardenas, the lead plaintiff in the case, is going after Monsanto and its recruiter, Milo Inc., as well as that company’s president. Cardenas insists that Milo Inc. promised the plaintiffs $80 for each acre the farmers detasseled and would be additionally compensated with housing arrangements. According to his complaint, however, the pay that was signed over was less than minimum wage when divided among the crew members.

Courthouse News Service reports that money problems weren’t all the farmers were poised with.

“The motel housing did not comply with substantive federal and state safety and health standards applicable to agricultural labor housing,” the complaint reads.Additionally, instead of complimentary accommodations they were forced to spend $300 per room while on the job.

And the kitchen? “[T]he kitchen facility provided by the defendants – a school bus in which about three to four stoves and two refrigerators had been installed – was substandard.”

“Two or more of the working plaintiffs suffered illness or injuries from suspected pesticide exposure while working for defendants,” the farmers add.