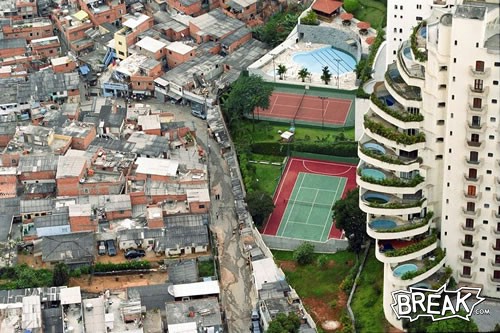 Two-thirds of Americans now believe there are conflicts between the rich and poor, an issue that has seeped into the Republican primary debates and is sure to be present in the general presidential election.

The findings, reported in a Pew Research Center survey of 2,048 adults, showed that 66 percent believe there are “very strong” or “strong” conflicts between the rich and the poor. The figure is an increase of 19 percent from 2009. Those holding that belief now include majorities of Democrats, Republicans and Independents as well as whites, blacks and Hispanics.

“As a result, in the public’s evaluations of divisions within American society, conflicts between rich and poor now rank ahead of three other potential sources of group tension — between immigrants and the native born; between blacks and whites; and between young and old,” Pew reported. “Back in 2009, more survey respondents said there were strong conflicts between immigrants and the native born than said the same about the rich and the poor.”

GOP challengers to former Massachusetts Gov. Mitt Romney have recently attacked him for coming from a wealthy background and for his work at the private equity firm Bain Capital. They have charged that Romney and the firm are responsible for layoffs at companies acquired by Bain. President Barack Obama is expected to make income inequality a central issue in his re-election campaign.

Pew Research believes the changes in attitude “over a relatively short period of time may reflect the income and wealth inequality message conveyed by Occupy Wall Street protesters across the country in late 2011 that led to a spike in media attention to the topic.”

“But the changes also may reflect a growing public awareness of underlying shifts in the distribution of wealth in American society,” Pew said in the report. “According to the most recent U.S. Census Bureau data, the proportion of overall wealth — a measure that includes home equity, stocks and bonds, and the value of jewelry, furniture and other possessions — held by the top 10 percent of the population increased from 49 percent in 2005 to 56 percent in 2009.”

Whites believing there are conflicts between rich and poor increased by 22 percent to 65 percent since 2009, while 74 percent of blacks held that view and 61 percent of Hispanics. The increase among blacks and Hispanics was 8 and 6 points, respectively.

Nonetheless, Pew cautioned that the findings “do not necessarily signal an increase in grievances toward the wealthy.”

“It is possible that individuals who see more conflict between the classes think that anger toward the rich is misdirected. Nor do these data suggest growing support for government measures to reduce income inequality.”