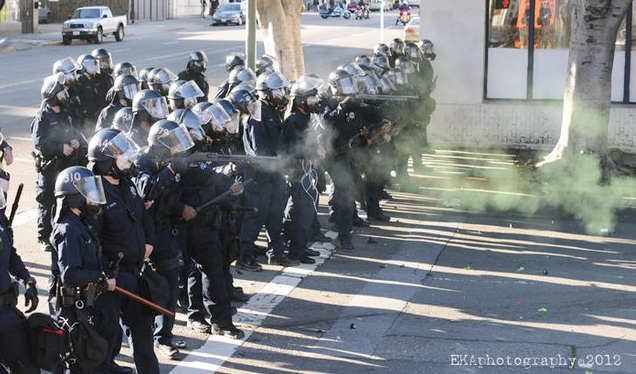 Anti-corporate protesters from the Occupy Wall Street movement in Washington are gearing up for tough police action. They have defied a deadline laid down by local authorities for removing camping equipment from the city’s squares.

As RT’s Liz Wahl discovered, the activists are remaining loyal to the cause. The national park service has repeatedly posted notices informing protesters that they can no longer camp out here. That means they have to get rid of sleeping bags and any other material which allows them to live here. The deadline passed at noon on Monday.

According to the mandate, tents can stay but their doors must remain open, proving no one is living in them.The notice warns protesters that anyone violating the rule will be subject to arrest. The tents are the signature structure of the Occupy Movement, which began in October on New York City’s Wall Street.

However, Occupiers have sent out a clear message that they are not giving up the fight. They have erected a massive tent over the statue at McPherson Square in response to the anticipated eviction by park police.