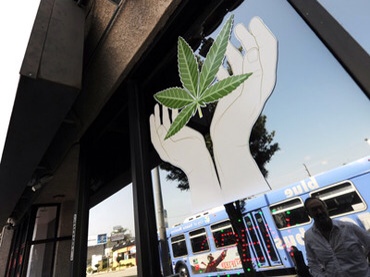 Marijuana is now legal in Colorado and Washington for recreational use and the possibility remains for Oregon State as well.

Proponents of the initiative to legalize the drug say that it is safer to use than alcohol and the potential exists for the sale of legal marijuana to rake in between 45 and 100 Billion dollars, according to Bloomberg; more than a significant boost to the economy. It is also estimated to save the government nearly 14 billion dollars in costs that are currently used to fight the war on drugs, specifically related to cannabis.

Massachusetts and Arkansas have also passed ballot initiatives that allow the use of marijuana for medical use.These are 2 of 6 states considering laws allowing medical marijuana in 2012, a concept already accepted in around a third of U.S. States. In California, a state often seen at the vanguard of medical marijuana, there are more than 1,000 dispensaries in operation.It is also estimated that there are facilities to obtain medical marijuana in Colorado than there are Starbucks coffee house.

While 60% of U.S. states support some form of cannabis legalization and taxation, there still some obstacles to overcome before stoners can fully celebrate. Pot is still against the law on a federal level. It is widely believed that after the first state makes the move towards legalization for recreational and not medical marijuana, then a fight will ensue between the federal law enforcement and state ideals.Now that that gauntlet has been thrown, all eyes now turn to U.S. Attorney General Eric Holder to see how the Obama administration will move forward.It remains to be seen how the controversial war on drugs will play out in areas where State and Federal laws are in conflict.