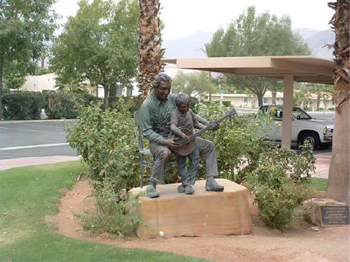 Friday, November 11, 2011 marks the eighty-three year anniversary of the “Great War to End all Wars – World War I.   Once designated as Armistice Day but now known as Veteran’s Day, November 11th is a day set aside as a way to honor all American veterans.

“Return Fire”, the one act dramedy written by Alan Fitzsimons and directed by Dean Apple, tells the story of a little known incident that took place at Fort Stevens, Oregon on June 12, 1942.  It’s the first such incident of its kind – the bombing of U.S. soil by an offshore Japanese submarine.  A cast of eight locally based actors tell the story of what really happened late that June night.

The cast includes:  Dean Apple, Brooke Baxley, Jake Cohen, David Drury, Marion Pettygrove, Wesley Thomas, and Jeff Wood.  The play is set in an army barracks and along the beach at Fort Stevens, Oregon.  The burning question behind playwright Fitzsimons’ tale is: Why did the Post Commander fail to return fire on the Japanese submarine.  What was happening during the critical moments leading up to the attack and after the attack was over?

The play begins with a TV host (Dean Apple) interviewing Marion Pettygrove and Conrad Vargas two civilian veterans, who play themselves, concerning their recollections of what took place on June 12th, 1942.  The play then segues back to the time of the actual incident and we follow the action from there forward.  Two of the soldiers, PFC Jake Cohen and Sergeant “Pappy” Drury, take a light and comedic approach to the puzzling question, while, “Walnut” Thomas and the Post cook, Cookie Jeff Wood, are concerned that the incident isn’t getting the serious attention it demands.  As a way of getting the information out to the public Brooke Baxley, a reporter from the local newspaper, gets permission to interview some of the soldiers at the Army post to see if the soldiers can shed some additional light on incident.

The attack by Japanese sub I-25 fired 17 rounds of shells onto the beach but caused no real damage except for a baseball backstop in the Fort recreation area.  The larger issue is why did Army personnel fail to return fire?  After all, the country was at war, and the Post should have been on 24 hour alert.

Come to the Joslyn Senior Center in Palm Desert to find out the answers on Friday, November 11, 2011, at 7 pm for this one performance only.

Tickets are only $ 5.00 and may be obtained by going online to deanapple1@hotmail.com or by purchasing tickets at the door of the Arthur Newman Theatre at the Joslyn Senior Center, located at 73-750 Catalina Way, Palm Desert.

As a side note:  The play is being filmed on Friday evening by well known Coachella Valley Director of Photography and Videographer Renee Vargas, who is producing and directing a movie version using the stage play performance, as well as additional footage, to complete the movie which is scheduled for release in 2012.