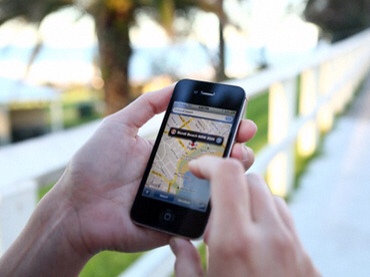 The US Circuit Court of Appeals ruled that Americans have no reasonable expectation of privacy when carrying cell phones, allowing police to track GPS signals without a warrant or probable cause.

The decision came the court ruled in United States v. Skinner that the Drug Enforcement Administration (DEA) abided by the Constitution by using a drug runner’s cellphone data to track his location and determine his identity.

Melvin Skinner, also known by his false name as “Big Foot,” was a drug mule with more than 1,100 pounds of marijuana in his Texas motorhome.

The throwaway mobile phone he was using was registered under a false name, so agents did not know the identity of the drug trafficker.

By using GPS data from his disposable phone, police learned that “Big Foot” was planning to deliver a large shipment of marijuana from Arizona to Tennessee in his mobile home.

In 2006, agents obtained a court order – but not a warrant – to track the disposable phone’s location using its GPS.

After tracing the phone’s exact location, police dogs discovered the mobile home and indicated a presence of drugs. “Big Foot” was arrested and charged for drug trafficking and conspiracy to commit money laundering.

But on appeal, the defendant argued that his cell phone data could not be used because the DEA failed to obtain a warrant for it, thereby violating the Fourth Amendment.

The Fourth Amendment protects against “unreasonable searches and seizures” without the issuance of a warrant obtained due to probable cause.

The Court considers cell phone use to be a public – not private – action, thereby being ineligible for the protections of the Fourth Amendment. A court brief of the case states that “a suspect’s presence in a publicly observable place is not information subject to Fourth Amendment protection.”

Additionally, Judge John M. Rogers, writing for the majority, said Skinner “did not have a reasonable expectation of privacy in the data given off by his voluntarily procured pay-as-you-go cell phone. If a tool used to transport contraband gives off a signal that can be tracked for location, certainly the police can track the signal.”

While any US cell phone can now be tracked by police without probable cause or a warrant, the Supreme Court ruled earlier this year that police must obtain a warrant before secretly attacking a GPS tracking device to a suspect’s car.

That ruling is currently being contested, leaving the possibility for police to secretly track vehicles without permission. Without the requirement of a warrant to access cell phone data, US authorities are gaining increasing power over what some would consider “private” rights of individuals – but what the Courts call “public.”