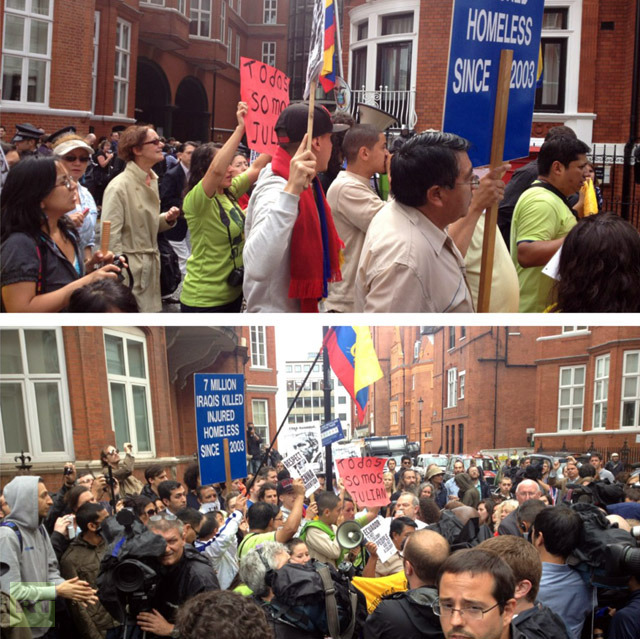 Julian Assange made his first public appearance in two months, ever since he took refuge in the Ecuadorian embassy in London.

Addressing the hundreds of people gathered outside the embassy, Assange thanked them for their support, claiming it was their resolve and presence that stopped British police storming the building.

“On Wednesday night, after a threat was sent to this embassy and police desceneded on this building, you came out in the middle of the night to watch over it, and you brought the worlds eyes with you. Inside this embassy after dark I could hear teams of police swarming up into the building through the internal fire escape,” Assange said.

“But I knew thered be witnesses. And that was because of you.”

The WikiLieaks founder thanked President Correa “for the courage he has shown” in granting him asylum, and to all the nations and individuals who have shown him support.

Assange also addressed the US government and President Obama, calling for the “witch hunt against  WikiLeaks” to end.

“The United States must pledge before the world will not pursue journalists for shining light on the secret crimes of the powerful. The US administration’s war against whistleblowers must end.”

A Catholic Hospital in Iowa Offered Contraception for Decades. Then the Bishop Found Out.