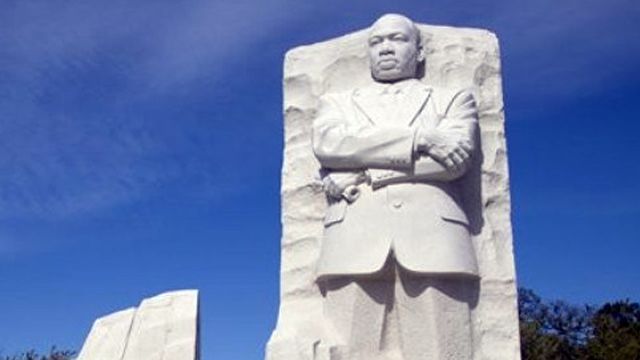 WASHINGTON — A quote carved in stone on the new Martin Luther King memorial in Washington will be changed after the inscription was criticized for not accurately reflecting the civil rights leader’s words.

The Washington Post first reported on Friday the decision to change the inscription, which currently reads: “I was a drum major for justice, peace and righteousness.” The phrase is chiseled into one side of a massive block of granite that includes King’s likeness emerging from the stone. It became a point of controversy after the memorial opened in August.

The phrase is modified from a sermon known as the “Drum Major Instinct,” in which the 39-year-old King explained to his Atlanta congregation how he would like to be remembered at his funeral. He made the February 1968 speech just two months before he was assassinated in Memphis, Tenn.

Poet Maya Angelou previously said the truncated version made King sound like “an arrogant twit” because it was out of context.

A spokesman for the U.S Department of the Interior confirmed on Friday that Interior Secretary Ken Salazar decided to have the quote changed. It’s not clear how much the cost of any change might be or how it would be paid for.

Salazar gave the National Park Service, which the U.S Department of the Interior oversees, a month to consult with the King Memorial Foundation, which led the effort to build the memorial, as well as family members and other interested parties. The committee is supposed to come up with a more accurate alternative to the quote.