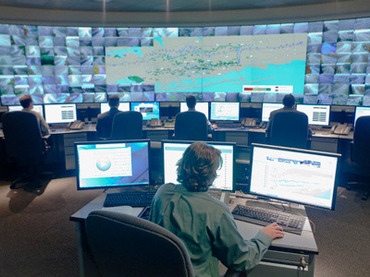 The Senate agreed on Friday to approve an extension of the Foreign Intelligence Surveillance Act, legislation that allows the NSA and other US intelligence agencies to wiretap conversations involving foreign citizens without obtaining a warrant.

Despite growing opposition to one of the most notorious and secretive US spying programs, the Senate voted 73-23 early Friday to reauthorize the Foreign Intelligence Surveillance Act, or FISA.

First signed into law in 1978, FISA prescribes how the US government collects intelligence from foreign parties that may be detrimental to national security. Of particular significance, however, is the FISA Amendments Act of 2008, or FAA, which includes a provision that puts any US citizen engaged in correspondence with a person overseas at direct risk of being spied on.

Under the FAA, the government can eavesdrop on emails and phone calls made or received by Americans, as long as they reasonably suspect those conversations to include at least one person residing outside of the United States.

In May 2012, Senators Ron Wyden (D-OR) and Mark Udall (D-CO) sent a letter to the National Security Agency asking for an estimate on just how many Americans have been targeted since the FAA went on the books. In response, Inspector General I. Charles McCullough replied that honoring their request would be “beyond the capacity” of the office, and that “dedicating sufficient additional resources would likely impede the NSA’s mission.”

“All that Senator Udall and I are asking for is a ballpark estimate of how many Americans have been monitored under this law, and it is disappointing that the Inspectors General cannot provide it,” Sen. Wyden told Wired’s Danger Room back in June. “If no one will even estimate how many Americans have had their communications collected under this law then it is all the more important that Congress act to close the ‘back door searches’ loophole, to keep the government from searching for Americans’ phone calls and emails without a warrant.”

On Thursday this week, Sen. Wyden echoed his concerns from earlier this year by warning that the threat to the Americans’ privacy “has been real and it is not hypothetical.”

The law should not be “an 'end run' around traditional warrant requirements and conduct backdoor searches for American's communications,” he urged.

Even though Sen. Wyden sits on the Senate Select Committee on Intelligence, he says he has been told next to nothing about how FISA is used to target Americans. During Thursday’s debate, though, the committee’s chairperson, Sen. Dianne Feinstein (D-California), rebuffed Wyden’s concerns.

“No one should think the targets are US persons,” Feinstein said. “Thirteen members of the intelligence committee who have voted on this do not believe this is a problem.”