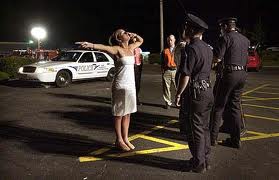 The 29 Palms Police Department conducted a DUI/Drivers License checkpoint on August 31, 2012, in the area of SR62 / Smoke Tree, 29 Palms, between the hours of 7:00 p.m. and 3:00 a.m. Checkpoints are placed in locations that have the greatest opportunity for achieving drunk and drugged driving deterrence and provide the greatest safety for officers and the public.

This DUI/Drivers License checkpoint lowers DUI deaths and injuries.  A major component of these checkpoints is the deterrent effect it has on those who might drive drunk or drug impaired.  Checkpoints bring about more awareness and encourage everyone to use sober designated drivers.

According to the National Highway Traffic Safety Administration (NHTSA), checkpoints have provided the most effective documented results of any of the DUI enforcement strategies, while also yielding considerable cost savings of $6 for every $1 spent.

During the checkpoint, the following activity took place.

-0-  were arrested on other criminal charges

The 29 Palms PD will be conducting another DUI/Drivers License Checkpoint /or/DUI saturation Patrol in the near future in furtherance of our ongoing commitment to lowering deaths and injuries upon our streets and highways.

The checkpoint was funded by a grant from the California Office of Traffic Safety, through the National Highway Traffic Safety Administration.  Report Drunk Drivers – Call 9-1-1!