Desert Local News Desert Local News is your local news, entertainment, theater, film, and online fashion magazine. We provide you with the latest breaking news straight from the entertainment industry.
Home News Community The 347th Star on the Palm Springs Walk of Stars for Lindsay Wagner 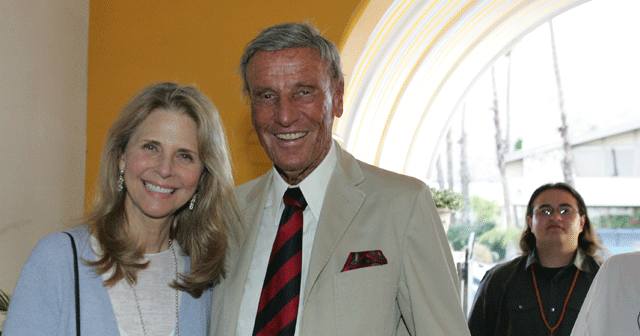 Lindsay Wagner best known for her role in the Bionic Woman series on TV received the 347th Star on the Palm Springs Walk of Stars. The star was not yet placed in the sidewalk at the corridor. They will place in a few days. Hundreds of people attended this dedication ceremony on the lawn behind the Corridor.

There was a Star Dedication after-party at The Central Park Hotel in Palm Springs. Many friends and guests were invited to this party. Entertainment was provided with a band and singers. Marines from 29 Palms Marine base were invited and escorted her into the Hotel.

Lindsay is an Actress, Mother, Author, humanitarian, and prefers holistic medicine to more conventional treatments. She used her TV show to make people aware of the many problems that were unheard of by the studios back then. She brought Women’s issues to the forefront and was a pioneer in opening up dialogue on once banned issues.