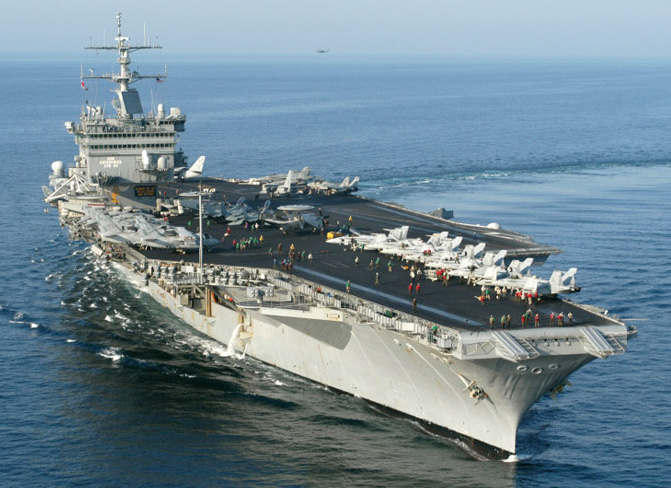 In an apparent show of strength, Washington is deploying a second carrier strike group in the Gulf. US officials also confirmed their commitment to maintaining a global fleet of 11 aircraft carriers despite budget pressure to cut the fleet’s size.

“That’s the reason we maintain a presence in the Middle East,” AP cited US Defense Secretary Leon Panetta, as saying in a speech to about 1,700 sailors aboard the USS Enterprise. “We want them to know that we are fully prepared to deal with any contingency and it’s better for them to try to deal with us through diplomacy.”

Panetta added that the aircraft carrier USS Enterprise is on course for the Persian Gulf – and will steam through the Strait of Hormuz in a direct message to Iran, AP reports.

The USS Enterprise, along with the other six ships in the carrier strike group, will deploy to the Middle East in March. It means the US will maintain two carrier strike groups in the Persian Gulf region. The warships are expected to support the country’s battle operations in Afghanistan, its anti-piracy efforts and other missions.

Meanwhile, Iran claims it is not concerned with the move, saying it is a part of routine activity.

Read the whole article at RT.COM