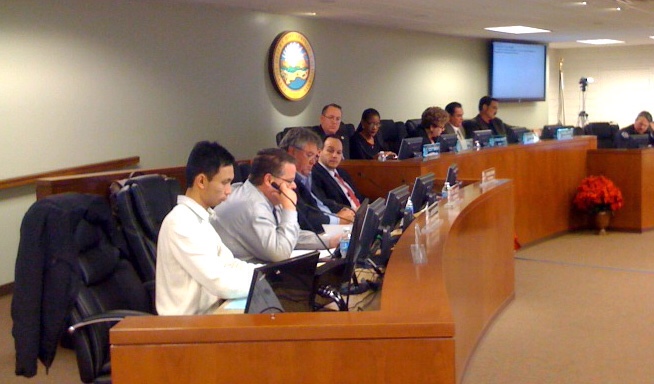 It was a relatively small amount of money compared to the city’s $18 million annual budget, just $17,500. However, as they say, $17,500 here and $17,500 there and pretty soon it amounts to big money. The proposal to spend $17,500 of taxpayer money to hire a counselor to help the city council get along was rejected. That is great news, but it is not the most important thing that happened. Something much more relevant took place with that vote.

Many costly mistakes were made over the last few years. Most notable – but not the most costly – was the $250,000 debacle over the failed World Wellness and Music Festival. The music festival debacle happened because there was not adequate diversity on the city council. The council members who were opposed to the wasteful music festival plan were not in a strong sufficient position to be able to stop a majority of the council that favored spending the $250,000…

That’s changed, and the diversity on the city council just saved city taxpayers $17,500.

That’s what happened when a bad idea to spend $17,500 for a counselor to counsel members was stopped. Council members Adam Sanchez and Russell Betts made it clear they would have nothing to do with it, and as long as they did not agree; the wasteful idea could not go forward.

Seeing they were not in the picture and getting the short end of the council assignments’ stick, they said no way. Actually, they said a lot more than that. For over three hours they held a debate open so the committee assignments proposed by Parks could not come to a vote until they had some. It takes a vote of 4 to 1 to end debate and take a vote. Finally, the council majority relented.

Out of that horrible $17,500 idea two good things happened. First, Mayor Yvonne Parks finally, although belatedly, apologized for her terrible name calling. That’s good. Second, a council majority consisting of Parks and council members Jan Pye and Scott Matas were stopped in their tracks on a bad idea. Realizing another filibuster was possible, they gave up on the idea, and the vote was 5 to 0.

We can’t help but wonder if there ever would have been a $250,000 World Wellness and Music Festival debacle if Sanchez and Betts had both been on the city council at the time the music festival came to a vote. The vote on the music festival 4 to 1 to authorize the city manager to go ahead with the no-bid contract on the music festival. On the $17,500 proposed waste of taxpayer dollars, there is no doubt what took place. A 3 to two votes and the threat of a filibuster killed the idea. To Sanchez and Betts, we say, affectionately, the way to go with you two sons of bitches!