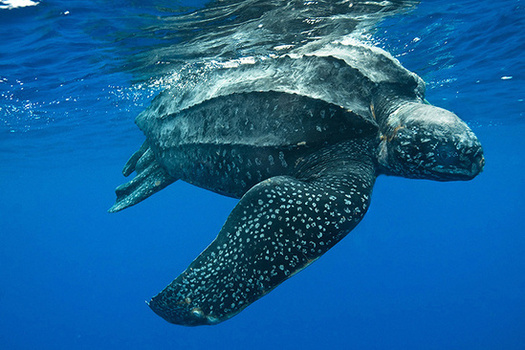 SAN DIEGO – Conservation and sportfishing groups will pack a meeting Thursday of the Pacific Fishery Management Council in San Diego to try to talk the council out of authorizing a type of fishing gear that’s been banned for decades.

The council is considering a proposal to allow ships that use shallow-set longline gear to operate out of ports in California.

The ships set a 60-mile line with about 1,200 hooks in search of swordfish.

But Theresa Labriola, Pacific program director for the group Wild Oceans, says the problem is they unintentionally kill or injure other species and almost half of catches ends up getting thrown back.

“It’s basically indiscriminately catching and killing important high level predators as well as protected and endangered species like sea turtles,” she points out.

Some of the wasted by-catch includes species important to sport fishermen such as sharks and marlin.

The Trump administration has issued guidance calling on agencies to promote a larger catch of American-caught seafood, and has targeted the Pacific swordfish fishery for expansion.

The meeting is open to the public and starts at 9 a.m. at the Doubletree by Hilton in Mission Valley.

Labriola recommends fishing crews use a newer type of fishing gear called deep-set buoy gear, which she says is sustainable and would employ more local fishermen.

“And so, it’s not a problem with catching more U.S. swordfish in the Pacific, but there is a problem when you try and do it in the most industrial large-scale way possible,” she explains.

The groups are planning to speak during the public comment period at Thursday’s meeting, in hopes of convincing the agency to pull the scoping document for this issue off of the agenda for the agency’s November meeting in Costa Mesa.


Support for this reporting was provided by The Pew Charitable Trusts.

The Pacific leatherback sea turtle is one of the species at risk if the Pacific Fishery Management Council authorizes shallow-set longline fishing gear. (National Oceanic and Atmospheric Administration)

4 Tips to Train Your Pet