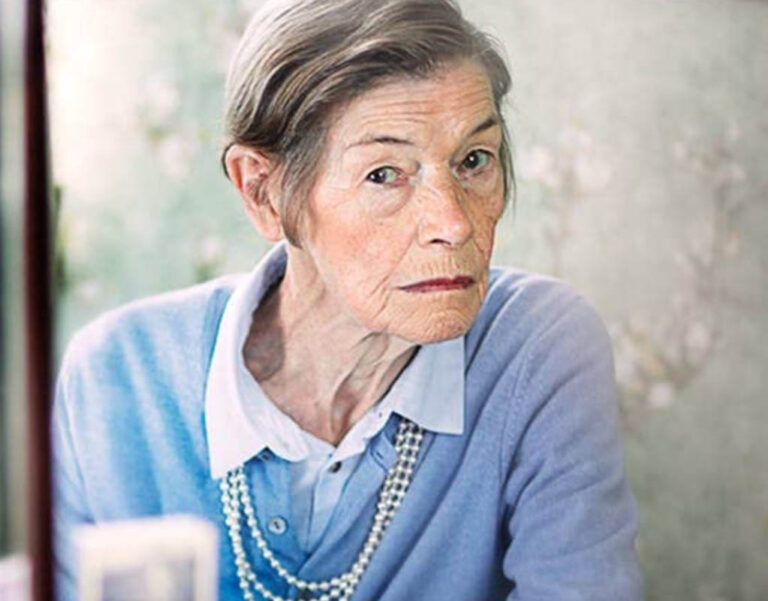 I’ve been asked over the years, “what is it that makes these British actors so good at what they do on stage or in the cinema?  Is it something in their drinking water or their food choices perhaps, or is it a cultural thing that sets them apart from their peers.

Shakespeare was indeed correct when he penned the words “the Plays’ the thing” over 450 years ago.  And, no, it’s not their water or food that gives them their abundance of rich acting talent.  It’s their dedication and unwavering commitment and discipline to their profession of acting that gives them an edge.  And it’s baked into their cultural DNA.

I honor talent and creativity knowing what both of those gifts can do for audiences.  I’m not too doctrinaire or picky either when it comes to where talent originates or resides. For me, performance is where the rubber meets the road period.

Which brings us to the great 84-year-old British actress Dame Glenda Jackson, who starred “Elizabeth is Missing,” an emotional and moving BBC/PBS TV film production centering around the frightening subject matter of dementia and how to deal with it; each in our own way.

As an actor of uncommon talent and energy with a boatload of awards and trophies (two Tony Awards, two Emmy Awards several BAFTA awards, Golden Globe Awards and other honors, Glenda Jackson managed to take a hiatus from acting to “squeeze in” a 23-year career as a political member of Britain’s Parliament serving as a Labor MP.

Following her retirement from government at age 80, Dame Glenda heard the siren call of her old acting days. As the saying goes, if one wants to get a job done, give it to a busy person.  Jackson still has the fire in the belly when it comes to energy along with the stamina required to go the distance in the physically demanding plays and TV movies she selects.

The lure of the theatre and films brought her back to her first love – the stage.  And she returned in 2016 with a vengeance playing Shakespeare’s most demanding role of King Lear in an astonishing-gender-bending, stamina-driven, brilliant performance.  She is known and most admired for her fearless, bold and ferocious performances – when they come along – in creating memorable characters and theatrical moments.

Jackson’s dedication and loyalty to the play and to theatre, in general, is legendary.   When theatre discipline is discussed, she ranks among the best:  Olivier, Chaplin, Daniel Day Lewis, Judith Anderson, Peggy Ashcroft, and Leslie Manville, plus an illustrious list of British performers too numerous to mention here; who still practice their craft well into their 80’s.  In America, however, female actor careers are over at 50 or 60.

Apparently, in Hollywood, producers think there are no stories worth writing roles for elderly actors. The art of writing nowadays is very formulaic.  Good actors, however, need quality writing to soar in their performances.  I’ve been waiting for over ten years for a return to quality writing that playwright Tom Stoppard used to deliver to stages and movie screens.

In the U.K., stories are character-driven.  However, in the states, they’re action-driven, i.e., explosions, car chases, Half-humans, and robots causing mayhem are more in vogue thanks to today’s SyFy, dystopian-based locations that now boast more scenes by computer-generated imagery (CGI) than live actors, making these ‘technical gurus” the new “stars” of modern film productions.

Glenda Jackson at age 82 returned to the Broadway stage in playwright Edward Albee’s “Three Tall Women” (2018) winning another Tony Award.  Two years later she was nominated for her astonishing, gender-bending, stamina-driven performance as an addled King Lear in the throes of dementia.

2020 found the acting legend up to her old tricks of winning another BAFTA acting award.  This time she starred as Maud Horsham, an elderly woman struggling with dementia.  The subject matter may be fraught with old age issues; however, thanks to a spot-on cast of solid actors, the audience is drawn into this compelling, mystery/drama despite its off-putting subject matter.

None-the-less, the performances are just sublime, especially Glenda Jackson.  One has the sense that one is eavesdropping on a real person/patient session as to what the patient/person is experiencing with their memory issues. The 97-minute poignant movie that in the future may come calling on you or me, it might help in understanding the plight of ageing in the 21st Century.

“Elizabeth is Missing” is sensitively and empathetically directed by Aisling Walsh, with a screenplay by Andrea Gibb, from a story by Emma Heney.  Lucas Strebal is the Cinematographer, and the TV movie is edited by Alex Mackie.

The film debuted on PBS, January 4, 2021.  Check your local TV guide for the date and time of its next screening.  It’s worth the wait.

And remember, a great nation deserves great art.  Support all the arts.