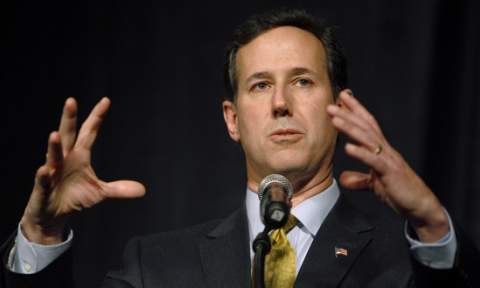 By AAron Metha and Josh Israel~

Rick Santorum the presidential candidate casts himself as a Washington outsider, “one of the most successful government reformers in our history,” according to his campaign bio, “taking on Washington’s powerful special interests from the moment he arrived in our nation’s capital.”

But Rick Santorum the House and Senate member received more than $11 million in contributions from corporate and other special interest political action committees (PACs) over his career, according to a Center for Public Integrity investigation.

Among the largest donors are giants from the telecommunications, tobacco, and banking industries, the analysis found. The Center examined contributions to the Pennsylvanian’s congressional, senatorial and 2012 presidential campaigns — as well as his “America’s Foundation” and “Fight PAC” leadership PACs, entities set up by Santorum to aid others in their political campaigns.

Those donations may have been rewarded with support for the industry; in 1996 Santorum was one of 91 Senators to approve the heavily lobbied rewrite of telecommunications law that deregulated the industry.