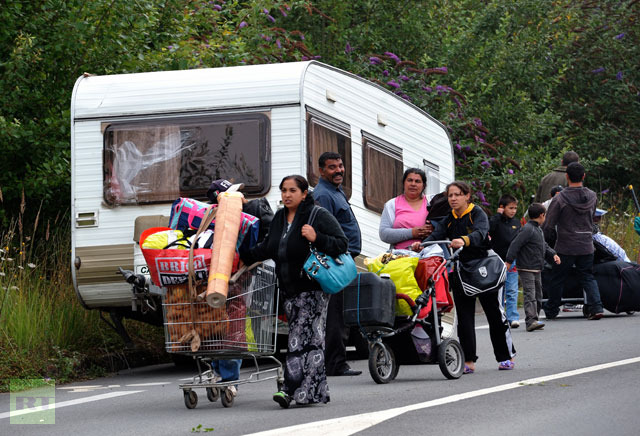 EU and human rights groups say they are monitoring closely how France dismantles mobile camps across the country and removes hundreds of gypsies, to ensure Paris’s actions are consistent with the Union’s rules on the free movement of people.

Throughout the week police have broken up camps around the country, including areas in Lille, Lyon, Paris, Marseille and others. Over 200 gypsies, also called Roma, have been deported to Romania in a move – the government says – motivated by health, sanitation and security.

“We are monitoring the situation,” European Commission spokeswoman Mina Andreeva told Reuters, as the actions come under close scrutiny from the EU.

The Commission in charge of imposing EU treaties has requested further information from the French authorities on the expulsions to ensure they are being conducted in compliance with EU rules, she added.