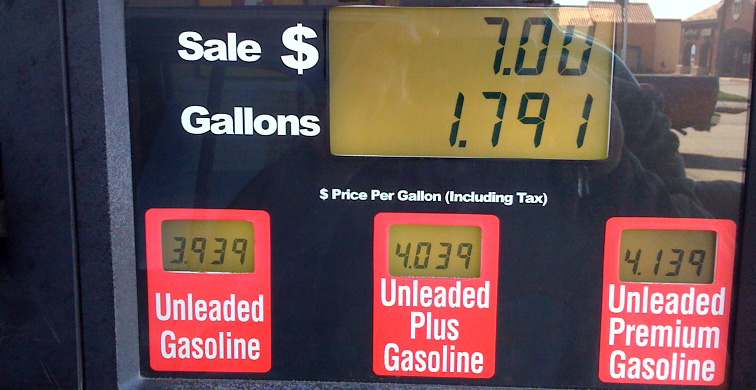 Tensions between America and Iran have yielded global concern, the deployment of thousands of US troops and bickering from foreign policy experts around the world.

The latest result of the worsening relationships is something a bit more crude, though.

As Iran and America come closer to war, oil prices for US consumers have skyrocketed over fear that exports will seize overseas. Oil prices in America reached a nine-month high this week with the cost of a barrel clocking in at over $106 a piece. Financial speculation over how sanctions on Iran or a blockade of exports initiated by either party could disrupt oil delivery to the States in largely to blame for the increase. That reasoning can barely be rationalized, however, given that the US relies little on Persian Gulf oil domestically.

In 2011, China was actually the largest importer of Iranian oil. Despite fears that a blockade on Iran would impact the United States’ supply of resources substantially, the truth is that the US is actually sitting on a surplus of oil right now. A fifth of the world’s oil might go in and out of the Persian Gulf’s Strait of Hormuz, but only a very small percentage of that ends up in America.

In actuality, only a small percentage of America’s crude oil comes from Iran and its surrounding area. The US was importing upwards of 12 million barrels of oil a day in 2010, with as much of a third of that coming right from North America. Not only does the US get a fair share of its oil domestically, but the countries of Canada and Mexico top the list of nations that export the most crude to the United States.
Read the whole article…