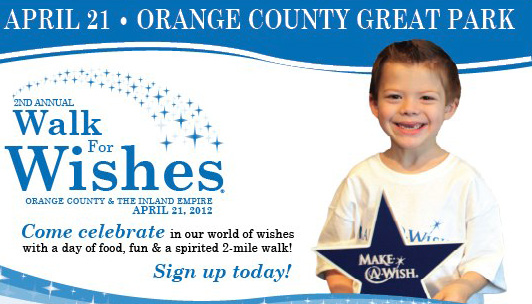 The 5th Annual Share the Love Charity Event presented by Caddyshack raised approximately $200,000 to help grant wishes for Coachella Valley children living with life-threatening medical conditions. The funds raised include a generous donation made by the H.N. and Frances C. Berger Foundation in the amount of $20,000.

Many of the weekend’s highlights took place during the evening event held at the historic La Quinta Resort and Club. Arlynn Feldman spoke that night to a crowd of 300 guests about the event, what it means to her and how she decided on a theme for its fifth anniversary.

“Working on Share the Love these past four years has helped crystallize the answer to the meaning of life for me,” Feldman said. “If we can make a difference in the life of another person, our lives become that much richer and more fulfilled.”

The theme for the 5th Annual Share the Love Charity Event became “Make a Difference.”

Among those in attendance were Tim Martin of Caddyshack, and Catharine Reed representing the Berger Foundation. Golf tournament sponsor, Charles Laverty from Oppenheimer, was also in attendance. Additional sponsors from the weekend-long event include Nancy Harris of the Barker Foundation, Shaun Henry and Joe Sweet from Union Bank, Teri Sacks with Monster Beverage Company, Shaughne and AC Warnack, and Katy and Bruce Titcomb.

Other notable guests were Make-A-Wish president and CEO, Stephanie McCormick, Make-A-Wish board chairman, Jon Storbeck, and other board members: Michael Rapacz, who was also a sponsor of the event, Joel Solomon, JC Timmons, Jim Carol and Mike Lednovich.

The fifth anniversary of this special event proved to be the best and most successful one to date—with more funds raised than any other year, more live and silent auction items, and the incredible opportunity to hold the annual golf tournament at the exclusive Porcupine Creek. Most importantly, the 5th Annual Share the Love Charity Event’s success helped grant 25 wishes for deserving kids of Coachella Valley.

Somewhere in the world, every hour of every day, a child’s wish comes true thanks to the generosity of individuals and communities who support Make-A-Wish Foundation® through fundraising efforts. To learn more about the Make-A-Wish Foundation of Orange County and the Inland Empire, please visit www.wishocie.org.