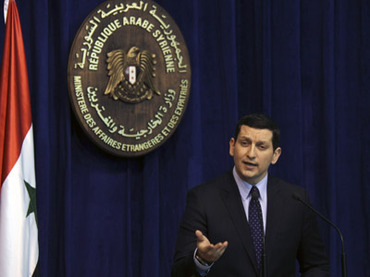 Syria says it will only use its chemical and biological arsenal against “external aggression,” and never against own population. The US has warned the Arab country against using the arsenal under any circumstances.

Torn by a 16-month civil conflict, Syria will not use the weapons against its own people, Foreign Ministry spokesman Jihad Makdissi assured on Monday.

“All of these types of weapons are in storage and under security and the direct supervision of the Syrian armed forces and will never be used unless Syria is exposed to external aggression,” added Makdissi .

This is the first time authorities in Damascus have admitted that they possess chemical weapons – a fact guessed by many, but never supported by concrete evidence. Syria is purportedly in possession of nerve agents, including mustard gas, as well as Scud missiles capable of delivery.